What are considered precious stones?

We have been hearing the term “precious stones” since we were young; and as jewelers, we are frequently asked about them. But what is a precious (gem)stone? How do they differ from Semi-Precious gemstones?

What is a gemstone?

The first, and most obvious, place to begin our discussion of precious vs. semi-precious gemstones is to define a gemstone. What is a gemstone? While every definition may have different interpretations, the most well-regarded definition of a gemstone is:

“Minerals that have been chosen for their beauty and/or durability, then may be cut and polished for human adornment.”

This definition encompasses most of what we, as a society, view as gemstones. While not all gemstones are exceptionally durable, we endure that because of their beauty. Gemstones have existed and been used for human adornment in jewelry, society and fashion since ancient times. Several records in history show gemstones appearing in cultures worldwide from the Aztecs to the Ancient Egyptians. However, definitions are not finite, some people see beauty in minerals that have not yet gained widespread use or popularity as gemstones.

So, we come to the heart of our discussion. What is a precious gemstone? A precious gemstone is a moniker that is given to only a select group of gemstones, namely diamond, emerald, ruby and sapphire. Other gemstones through the ages have been given the title of precious gemstones (tanzanite, pearl, opal, etc.), however, they are not universally accepted throughout the jewelry industry. The title of precious gemstone is given to these four gemstones for a variety of reasons. The most important reasons are their value, their lasting impact on the jewelry industry, historical significance, and their popularity. Value can be easily affected by the other aspects listed above but is also heavily impacted by cost of acquisition (e.g. diamond mines cost millions of dollars to source and begin before becoming profitable).

So, while many jewelers could talk for hours (or days) about the precious gemstones (including us), we are going to give you a brief overview of what makes these four gemstones precious.

Derived from the Greek work adamas, meaning “unconquerable,” the word diamond has been synonymous with luxury since ancient times. Above all gemstones, their historical significance can be felt above almost all gemstones. Some historians believe that diamonds were being traded in India as early as the fourth century B.C.E. They were prized for their superior crystaline structure, forming clear octahedrons. In the first century C.E., the Roman naturalist Pliny said this, “Diamond is the most valuable, not only of precious stones, but of all things in this world.” As cutting diamonds became possible with evolving technologies and techniques, diamonds became renowned for their sparkle and brilliance and became popular as an engagement stone. The first diamond engagement ring given was that of Archduke Maximillian of Austria to his fiancée Mary of Burgundy. Since then diamond has become the most popular gemstone used in all forms of jewelry. As a result of their popularity, their expense to mine, their beauty and durability, and their historical significance, diamonds are one of the most expensive substances (by weight) in the world.

For many years, sapphire was prized for it’s incredible intense blue color, even being named after the Greek and Latin words for blue ( sapheiros and saphirus respectively). The blue color has been inextricably linked to royalty as a result. However, sapphires naturally come in a variety of colors naturally, ranging from dark forest greens, to vivid pinks. Being part of the corundum family, sapphires are naturally very durable (third only in hardness to diamond and moissanite) and have even been a popular alternative center stone for engagement rings. Arguably one of the most popular engagement rings of all time, Princess Diana’s ring, featured a beautiful sapphire center stone, enhancing the lore of sapphire as a stone indicative of royalty. Since their rise to popularity in Ancient Greece and Rome, sapphires have consistently been one of the most popular gemstones sold in the jewelry industry. With their versatility and durability making them second only to diamond. While many people believe diamond to be the perennial expensive gemstone, fancy sapphires of fine quality can sometimes go for prices higher than diamond. Padparadscha sapphire, named for it’s beautiful orangey pink color (the name meaning “lotus flower” in Sinhalese) is one of the most coveted colors of sapphire and frequently matches, or outprices, the cost of diamond.

Gemological Institute of America, the foremost authority on diamonds and gemstones internationally, describes rubies as “one of the most historically significant colored stones.” This isn’t difficult to see why. Rubies are called ratnaraj in Sanskrit, meaning “the king of precious stones.” They were even referenced 4 times in the Judeo-Christian Bible. They were believed to hold the power of life and vitality due to their color similarities to human blood and were even gifted by Ancient Hindus to the god Krishna in hopes of being reincarnated as emperors. The dark pure reds, sometimes referred to as “pigeon blood red” (although this is not a technical grade of ruby coloration) are some of the most sought-after gemstones in the world. The Roman naturalist Pliny, the same man who wrote about diamonds, also wrote about rubies, talking about their harness and density. Rubies are also part of the corundum family, making them very hard and durable and great for everyday wear. Rubies have continued to pop up in popular culture through the generations in places like movies (The Wizard of Oz and The Dark Knight) to color descriptions (ruby red lipstick or ruby red grapefruit). The name Ruby comes from the Latin word ruber meaning “red” and has been prized for its dark red color for centuries. As darker, high quality rubies become increasingly rarer, they have skyrocketed in price; and the coveted “pigeon blood red” ruby has even regularly outstripped diamonds in pricing.

Our favorite Roman naturalist, Pliny, said about emeralds, “... nothing’s greens greener!” Unsurprisingly, the name emerald comes from the Greek word meaning green, smaragdus. For many centuries, many people believed that emeralds fabled color could even relieve stress and eye strain. Ireland is even known as the Emerald Isle because of it’s lush green landscape. The popularity of emeralds goes back to ancient times. Mines existed in Ancient Egypt as early as 330 B.C.E. and emerald was a favorite of the Queen of the Nile: Cleopatra. Emerald is also believed to be one of the four precious gemstones given to King Solomon by God. Since then, emeralds, popular in Incan culture, were sold to Spanish travelers who then introduced it to Europe and Asia. Emerald is one of the few gemstones that is prized despite its natural birthmarks and inclusions, although these natural birthmarks make emeralds very brittle and not great for everyday wear. While low quality emeralds can be reasonably inexpensive compared to other precious gemstones, high quality emeralds that are eye-clean and dark green can be some of the most expensive gemstones on the market.

One of the newest discovered minerals on Earth, moissanite has been gaining popularity as a diamond alternative since its discovery in the late 1800’s. Discovered by Henri Moissan in 1893 while inspecting a meteorite impact site in Arizona, it was originally mistaken for diamonds. However, in 1904 Moissan did correctly identify the gemstone as crystalline mineral structure of silicone carbide. The gemstone would later be named for its discoverer. Naturally occurring moissanite is extremely rare and most examples of moissanite used in the jewelry industry are lab created. Moissanite has only been found in meteorites, small samples of mantle rock, and as inclusions in other gemstones. With an appearance that is deceptively similar to diamond, and a hardness only second to diamond, lab-created moissanite is quickly growing as one of the most popular alternative engagement ring stones.

While we discussed before that value has a huge impact on what is, or is not, determined to be a precious stone; that does not mean that there are not semi-precious stones that rival the price or value placed on precious gemstones. Alexandrite (along with Paraiba tourmaline) is one of the rarest and most valuable gemstones currently used in the jewelry industry. I make this distinction because there are several gemstones more valuable than precious gemstones but are so rare that they are almost never used in jewelry. High quality alexandrite can sell as high as $15,000/carat. This rare and unique chrysoberyl stone is renowned for one of the rarest capabilities in the mineral world: its color shift. Under different lighting, alexandrite can shift from deep purples to deep greens. First discovered in the Ural Mountains of Russia, the gemstone quickly gained popularity because of its colors that matched the military colors at the time. The gemstone was named after Alexander II, the heir to the Russian throne at the time. The mines in Russia have since been exhausted and most alexandrite is now sourced from Brazil, East Africa and Sri Lanka. Low quality alexandrite does not produce the famed color shift of its high-quality brethren. While fine quality alexandrite can still be found in these mines, they are still believed by many to be inferior to those first samples. Alexandrite is great for everyday wear, being only slightly less hard than sapphire and ruby, and a toughness that prevents it from being easily broken.

How will what gemstones are best for me/my partner?

This is a fair question; however, it is a question that is impossible to answer. Like choosing clothing, cars or shoes, it is best to try them on and see if you like the way they look. So, get out there and try on jewelry, see what style appeals most to you and what you/they think looks best.

Why should we come to you to design my jewelry?

We involve you in every step of the process. We will first sit down with you and go over any concerns you have and any specific design elements you want your jewelry to have. Once we have established exactly what you want your jewelry to look like, we will proceed with the design process. Once you see this design, if you want to make any changes, or if you have any questions or concerns we will be happy to address them for you. Our role is to help you create the perfect jewelry and that means we will listen to you and make sure that your jewelry is truly one of a kind. 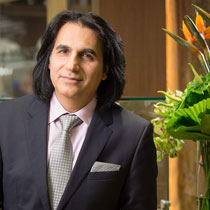